By Paul Stastny28 October 2019 No Comments

Simone travelled 30-plus hours and two stopovers from her home in Brazil to shop her skills as a software engineer in Calgary’s flourishing tech marketplace. 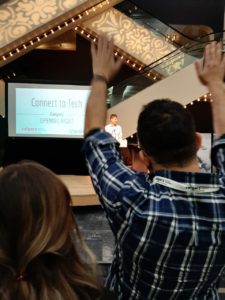 “It’s a big investment for me to come here, but I would like to experience a different culture and different people and see how it all works here,” says Simone, who paid for her own flight and accommodations in Calgary while attending the event.

Simone says there is plenty of work for her in Brazil, but her sense of adventure spurred her to take a chance on Calgary. With 10 years of experience in developing and maintaining computer application systems, her odds of landing a job at Connect to Tech are actually pretty good.

“We have about a 50 per cent success rate at these events,” says Ilya Brotzky, CEO and Founder of VanHack.

The Vancouver-based recruitment firm sources and screens overseas candidates, matches them with local employers and helps with the documentation process to allow foreign workers access to the Canadian market. This is VanHack’s second hiring symposium in Calgary, where senior tech talent is becoming increasingly scarce.

CED chief executive Mary Moran says that four out of five new companies in the city are tech firms. According to the Information and Communications Technology Council’s (ICTC) report, Enabling a Digital Future for Alberta, the demand for digital roles in Alberta is expected to reach nearly 9,000 by 2023, with the total employment in key digital roles surpassing 77,000.

“People usually think of oil and gas when they think of Calgary. They don’t necessarily think of tech,” he says.

Brotzky points to Calgary-based Benevity, which recently raised $40 million for its growth, and the $1 billion acquisition of Shareworks/Solium by Morgan Stanley.

“Shareworks/Solium was the biggest deal in Canadian tech history and it happened in Calgary. There’s a lot of start-ups and midsized tech companies that are scaling here,” Botzky says. 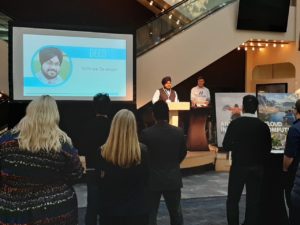 Neo Financial co-founder Kris Read was among more than a dozen employers at Connect to Tech looking to find talent for his rapidly growing Calgary-based start-up. Since its launch six months ago, the peer to peer lending and loans company has mushroomed to 35 people.

Read says the company is a technology-first platform geared to smart phones.

“We’re really getting away from things like telephone banking or brick-and-mortar banking. We’re also working on what we think is Canada’s most valuable spending rewards program,” he says.

Neo Financial is negotiating partnerships with grocery stores, gas companies and other merchants that will provide three to five times the rewards of existing programs in the market.

Neo Financial has hired from abroad through VanHack in the past with good success.

“Ramping [new hires from abroad] up on our technology and culture wasn’t hard. But we’re a start-up, so we look for people who very much want to be part of that start-up culture. That’s number one,” Read says.

A close second is high-calibre digital skills. Read is looking for someone with eight to 10 years experience, someone ideally “twice as good” as a local hire.

“As we grow to 100 or 200 employees, our hiring strategy will probably change, so ask me again about ideal candidates in six months,” Read says.

“I expect we’ll be 100 people in the next six months,” he confirms.

It’s an ambitious but credible goal, considering that among the founders of Neo Financial are the former founders of Skip the Dishes, another Canadian tech success story that sold for $200 million to U.K.-based Just Eat at the end of 2016. 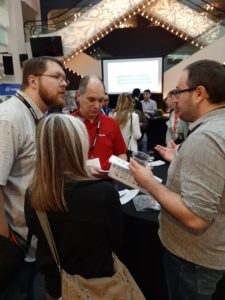 Calgary-based Smart Technologies Inc., best known for its white boards, echoes a common theme among ICT employers at the Connect to Tech symposium—that employee diversity is an asset. Not only is digital talent from around the world painless to onboard, it adds strength to the company.

“We have offices around the world and people from everywhere working here at our Calgary office, so diversity isn’t an issue. It’s just normal to me,” says Kenny Tsang, Smart Technologies’ principal software developer. 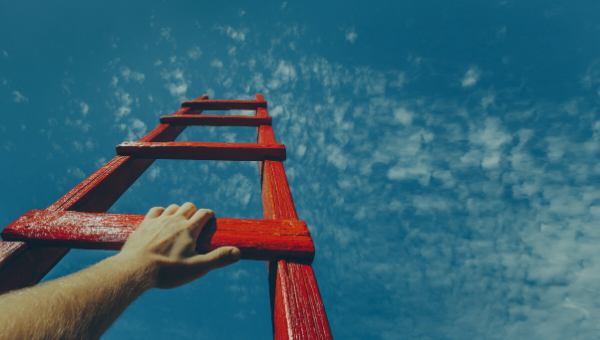