By Paul Stastny28 April 2020 No Comments 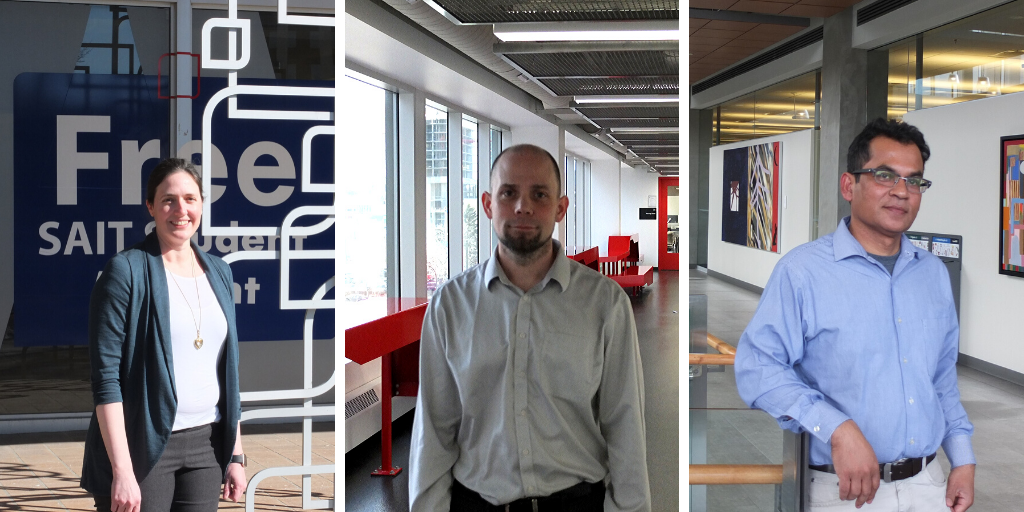 For Jerret Verwimp, unpredictable, unrelenting change dogged every step of his career—most recently even as part of the first intake of Calgary’s EDGE UP (Energy to Digital Growth Education and Upskilling Project), a short-term skills development program to prepare laid off oil and gas professionals for employment in Calgary’s growing tech sector.

Just a few weeks into EDGE UP, which sparked renewed career hopes to some 49 program participants this January, the COVID-19 lockdown came into effect.

To Jarret, it felt like his personal history was repeating itself. More than a decade ago, after completing a University of Lethbridge New Media Fine Arts degree, Jarret wanted to become a video game developer. But a fateful gift scuttled that plan.

“My parents gave me laser eye surgery as a graduation present,” he says. “The procedure left me not able to look at a computer screen for an entire year.”

For more than a year, Jarret could only work labour jobs, which undermined his confidence to pursue a career in video gaming.

As his eyesight improved, he reconsidered his career options and returned to school to study geology at the University of Calgary. Graduating in 2012, he took a job with Americas Petrogas Inc., a diversified Canadian company with all of its oil and gas assets in Argentina.

“I loved it! I got to travel to Argentina two or three times a year. It was great job for me,” he says.

He worked for Petrogas for five years, but changes came when the Argentinian government made it difficult for foreign oil and gas companies to operate. That prompted Petrogas to exit the country.

Jarret played a key role in divesting Petrogas oil and gas asset. By October 2016, he was a senior geologist, had a family and two kids, and was unemployed—alongside more than 100,000 out-of-work oil and gas workers in western Canada, according to Canadian Association of Petroleum Producers estimates.

Fast forward to early 2020. After three years of odd jobs and renovation projects and a newly born third child, Jerret came across EDGE UP and realized it was the perfect opportunity for starting a new career in a thriving industry.

He enrolled in the IT project management stream and completed Week 1 of the in-class work readiness training delivered by the Information and Communications Technology Council (ICTC)—which also provided the research for and development of the Skill Mapping tool that identifies the gap between oil and gas professional skills and those needed to work in specific tech roles. Then COVID-19 hit the nation.

The news of the COVID-19 lockdown was devasting for many EDGE UP participants. Fortunately, the program’s partners (the project is funded by The Future Skills Centre and led by Calgary Economic Development, in collaboration with ICTC, University of Calgary Continuing Education, SAIT, Bow Valley College, and Riipen) were able to respond with agility and pivot to online .

“It’s definitely been an incredibly big change compared to in-class delivery,” Jerret writes in an email. “Our teachers have done a very good job…. I’m still learning lots and enjoying the lectures.”

Several months after the first set of layoffs at ConocoPhillips Canada, Melinda Bennett saw the writing on the wall.

“My number was up,” she says. “A year later, most of the team that I was with was also let go.”

Originally from Winnipeg, Melinda came to the University of Calgary to study chemical engineering. After graduating, she spent two years with DPH Engineering Inc. doing shallow gas well tie-ins. Her next 12 years were with ConocoPhillips. She was a process engineer in her final role.

After being laid off, she sent out countless resumes and made ends meet working retail. Melinda re-evaluated her career options: Calgary was home now, so she didn’t want to leave; who knew how long the oil and gas downturn would last; but Calgary’s tech sector was flourishing.

So she enrolled in an online RoboGarden coding course to learn Python programming. Later, she heard about EDGE UP at a Goldmine [motivational] Conference and she jumped on board.

“The first week [Transitioning to ICT Work, delivered by ICTC] was really beneficial, especially the resume work that got us thinking about how to take our current skills and translate them into a new industry,” she says.

Melinda chose the data-analyst stream through EDGE UP’s SAIT academic partner. In an email commenting on the transition to online delivery, she writes, “The program is definitely intense. We are ‘in-class’ from 8 to 3, Monday to Friday, and we are flying through the concepts.”

Subrata Biswas obtained his Master’s in Geology in Bangladesh, a Geology PhD in Vienna, Austria, and applied that knowledge commercially first in Bangladesh and then in Canada after his arrival in 2007. He worked through the markets crash of 2008 unscathed, right up until 2014.

“Even after being laid off, it wasn’t so bad because I started consulting,” Subrata says.

As the Alberta recession deepened, however, most of his industry contacts were also laid off and Subrata ran out of network. So, he shut down his consultancy.

He managed to find some geology work in 2018 but was laid off again a year later. In the meantime, Subrata was edging closer to a tech career. He took a data administration course and volunteered with BrainToy, a Calgary machine learning and artificial intelligence startup.

“At BrainToy, I was doing some case studies for geology. It was a good experience. I’m still with them,” he says.

That involvement convinced Subrata to pursue tech full-heartedly. He heard about EDGE UP on LinkedIn and went to the skills-matching portal.

“It was never clear how much of my geology experience was transferable to tech, but the Skills Matching tool really helps in that understanding, and provided the confidence to start this course,” he says.

He chose the software/full stack development stream through EDGE UP’s Bow Valley College partner. Subrata’s wife, Maksuda Khatun, also enrolled in EDGE UP at the last minute after losing her job with Cenovus. She is in the same IT project management stream as Jarret, offered by EDGE UP’s University of Calgary Continuing Education partner.

With the entire Biswas family in school now (their daughter is studying full-time at U of C), Subrata says he is concerned about his prospects for employment in the post-COVID marketplace. But that isn’t distracting him from forging ahead through the academic courses, including a capstone project through Riipen, and closing with ICTC’s course – Transitioning to ICT Work before cohort 1 graduates this July. 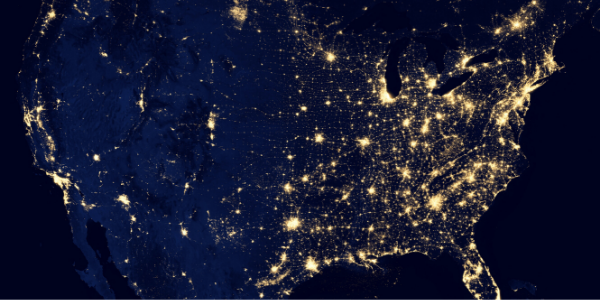 Why, How, and By Whom is the Internet Governed?

Why, How, and By Whom is the Internet Governed?