By Paul Stastny30 January 2020 No Comments

CES2020 this January was another colossal installment of the Consumer and Electronics Show in Las Vegas. For more than half a century, the tradeshow has featured the newest and best in tech.

Clearly, Las Vegas is the true spiritual home for this weeklong spectacle. The wow factor, the glitz, the money, the limousines, the international crowds, the 170,000-plus attendees and 4500 exhibitors—all of it jibes with the resort city’s flashy image. Except that, as far as the CES is concerned, “What happens in Vegas . . .” certainly doesn’t stay in Vegas.

The connections and partnerships struck at this closed-to-the-general-public trade event are far-reaching, and its media coverage is formidable—so much so that it’s difficult to know what to add.

Stories like “The Best Tech of CES2020,” “Strangest/Coolest CES2020 Tech,” “CES2020 Top Tech Trends,” and so on are all over the internet and provide a glimpse into the 2.9 million-square-feet of exhibits spread across three geographic areas around the Las Vegas Convention Centre. 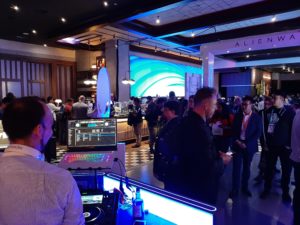 So, here’s some of that news, followed by a random sampling of smaller exhibitors that don’t always attract the media spotlight. The Information and Communication Technology Council (ICTC), an Allied Association of the Consumer Technology Association, hasnow attended the CES2020 for three years in a row to learn, build and grow relationships, and get a glimpse of the newest and coolest tech.

The Globe and Mail tied several stories to CES2020. One suggests the show offers answers to how watching TV will change in the 2020s: “More streaming and more efforts to glue you to your phone.” New streaming channels to take on Netflix’s stranglehold.

GreenBiz.com notes that sustainability was a common thread at CES2020. More than 200 companies had exhibits focused on sustainable innovation, from improving energy efficiency to responsible recycling.

Entertainment website Screenrant.com presents “The 10 Craziest Gadgets and Tech at CES 2020.” Here are three: a Charmin Bot that brings you an emergency roll of toilet paper if you run out and aren’t in the ideal position to get it yourself; a Tattoo Machine that prints temporary pain-free tattoos on your body in the comfort of your home; and the Y Brush for extraordinarily busy people who feel they can’t afford to waste two minutes twice a day with a toothbrush—the Y Brush is a mouthguard-shaped device that cuts this down to ten seconds flat per session.

And now, for the smart potato, written up by Forbes. A “connected potato” finally unlocks the “awesome artificial intelligence” of this amazing root vegetable. Ask it anything and receive the answer on your phone screen.

The man behind this publicity stunt, Nicholas Baldeck from France, threw some cold water on all the smart-tech hype by sneaking in his “invention” to make the point that “connecting everything” by putting a chip into a device doesn’t necessarily solve a problem (although, making chips out of a potato sometimes does).

For many, the annual pilgrimage to the CES leads to the main halls of the Las Vegas Convention Center. This is where the world’s biggest tech names set up shop, from Google to John Deere (yes, tractors, albeit endowed with high tech).

Here are the latest flat-screen TVs, flagship smartphones, the best drones and much more. Pit your ping-pong skills against Omron Forpheus’s AI-controlled ping pong robot. Strap on NextMind’s brain-computer interface that translates signals from your visual cortex into digital commands that appear on a computer screen.

Experience NEON avatars, a Samsung-backed “artificial human” project. Billed as realistic human avatars, these life-sized representations of people exist on a glass screen, fix their uncanny gaze on you, smile, grimace and challenge your assumptions about what to expect from the interaction.

NEON says this is a “computationally created virtual being” capable of learning from its interactions with humans. Supposedly, it’s more than a virtual assistant like Alexa, Siri, or Google’s nameless helper. And yet, the visitors to this exhibit didn’t seem particularly impressed by these virtual beings in beta-level development.

For attendees with an entrepreneurial bent, for those searching for collaboration and partnerships with tech developers, or for anyone fascinated by the plethora of ICT applications, a trip to the Sands Expo portion of CES2020 was a must. This is where most of the show’s startups were found and where country delegations and university teams showed off their innovations.

of HeadCheck Health, says the company is working with the Canadian Football League and other professional groups but adds that the even bigger opportunity is in youth sports.

Over here in the Israeli camp, a woman holds a device that analyzes human breath for metabolic health and makes recommendations for the day’s meals to keep you running at the top of your game.

Further along, there’s Tino Go, CEO & Founder of New York-based BARU. His company uses augmented reality to help customers size, place and colour match BARU’s furniture to your home. It then digitally transmits the order to manufacture in your town by tapping the excess capacity of furniture builders across North America. This distributed hyper-local manufacturing model cuts CO2 emissions and delivery times. 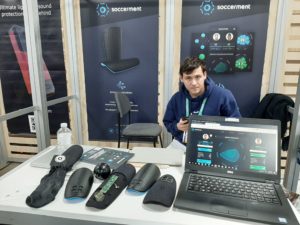 Deep inside the Italian delegation’s exhibits is perhaps the safest electric bicycle in the world; it alerts you to vehicles on track to sending you to the hospital—or worse.

“But wouldn’t that be profoundly discouraging?”

Apparently not. These shin pads have recently helped one of its users build and sell his soccer skills to a German Bundesliga team.

Further along is Dr. Michelle Perugini, cofounder and CEO of Life Whisperer. The Australian medical innovator leverages an AI system trained on over 20,000 globally sourced 2D embryo images to quickly identify features invisible to the human eye. In so doing, Life Whisperer helps skilled embryologists choose the most viable embryos for their patients to improve in vitro fertilization outcomes.

In the massive French camp of exhibitors, there is a lot on offer. But the same can be said of the Brits, the Dutch, and a host of Asian country delegations. (The Canadian delegation isn’t at the Sands; they are at the Tech West grounds of the Las Vegas Convention Center with some 40-plus exhibitors, from telecom giant Telus, with its future-is-friendly cutesy animals, to TEKTELIC Communications, which makes sensors, IoT gateways and custom applications.) 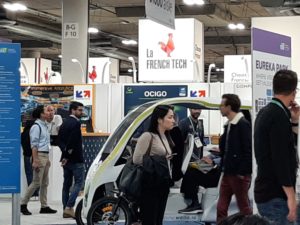 And last, but certainly not least, CES2020 is a great place to meet other delegates while staggering through acres of exhibits with mounting exhaustion and dehydration.

Dr. Pascal Urien, for example, is a blockchain entrepreneur and professor at Telecom ParisTech. He is more than happy to show you his blockchain security device for credit cards and chat about why blockchain applications other than cryptocurrency don’t have to be so energy-intensive (Bitcoin is estimated to consume as much energy as the Czech Republic [Czechia now]).

As an allied partner of the Consumer Technology Association, ICTC looks forward to teaming up with top Canadian tech companies in the coming year to put Canada on the map at CES2021 by showcasing Canadian innovations in the areas of health-tech, fintech, and ag-tech. 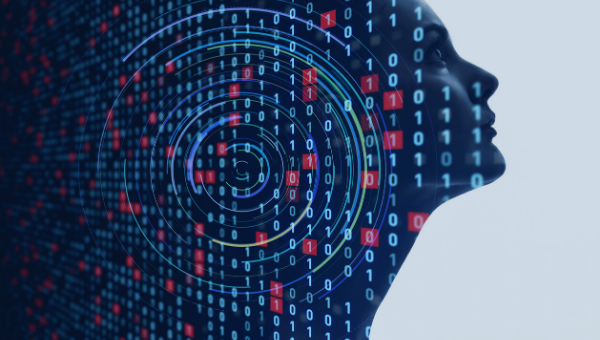