By Caroline Vary-O'Neal6 May 2021 No Comments

With CyberTitan IV National Finals fast approaching, ICTC is incredibly proud to announce that two all-female teams will be vying for the championship crown this May 17, defending Canada’s grain industry from a simulated cyberattack.

“I am extremely proud of my team, which has qualified as one of top 10 teams in Canada, representing Old Scona, Alberta, and Western Canada in CyberTitan,” Inssia A, Team Captain of Olympians Artemis, says in an email.

“If the past two years of being captain on an all-girls team have taught me anything, it’s that we need more girls interested in technology and cybersecurity; I hope we continue to encourage a collaborative and inclusive environment to make that possible!” Inssia A adds.

It’s no secret that women are underrepresented in today’s digital technology workforce. That reality often begins in middle and high school, with girls selecting against technology subjects and cybersecurity programs like CyberTitan.

But the digital economy needs women! Greater diversity among technology developers results in better technology solutions that benefit everyone. Workplaces today understand the need for diversity and inclusion better than ever before.

Times are changing and so is CyberTitan. Not only are there two all-female finalist teams in CyberTitan IV (a huge leap from four years ago when the inaugural CyberTitan Finals included only two females and no all-female teams), but six of the 11 competing finalist teams include at least one female member, bringing total female participation to 17 (alongside 42 males).

“Diversity, Equality, and Inclusion are part of the culture here at Old Scona Academic. We as Olympians embrace the success of our all-girls Artemis team as we follow our school motto ‘Ever to Excel,'” says Gerald Chung, coach of the Olympians Artemis team, in an email.

In the lead up to the National Finals, Old Scona Olympians Artemis placed 6th in Canada, the first time an all-female team placed in the Finals without the wildcard status! And last year it was the wildcard team in the Finals.

The team captain of this year’s wildcard FalconTech Terabytches3.0 team, Louise T, is equally stoked about advancing to the CyberTitan finals.

“For all of us on the Terabytches, CyberTitan has been a truly fulfilling and life changing experience,” she says in an email. “When we reached Nationals in 2019, there were two, maybe three, other girls in the entire competition. We felt out of place with the other teams, but the people who ran CyberTitan made every effort possible to show us that we belonged. They treated us with respect and never once doubted our abilities.”

With the rising number of females entering the competition and exploring the information technology field, Louise T says she feels increasingly comfortable in what is still a male-dominated field. For that she is grateful to the team’s coach, Mr. King.

“He always gives everyone an equal chance and encourages girls to do what they themselves want to do. We sincerely hope that CyberTitan can continue to change girl’s lives just like it did ours, and we want every girl out there to know that she belongs in this incredible competition and that she can break out of the stereotypes and assumptions to do what she truly wants to do, because we did,” Louise T says.

The growing participation of female students and their successes in these cybersecurity challenges is remarkable. The CyberTitan Team at ICTC, our valued partners, and current and past female participants are eager to inspire more young women to join CyberTitan competitions and the cybersecurity profession. ICTC is honored to work with these talented young individuals in their educational and career journeys.

For an interview with CyberTitan’s ICTC organizer or high school team representatives and or pictures of the teams, please contact: Sheena Bolton at 613-237-8551 ext 154 or by emailing [email protected]. 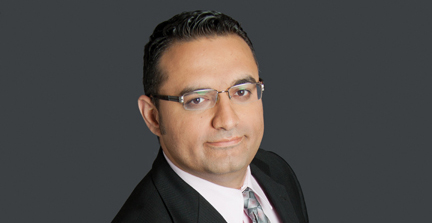