Saskatchewan and Beyond: A Conversation between the Information and Communications Technology Council (ICTC) and SaskTel Business Solutions

The scale of Canadian geography is a perennial infrastructure and policy challenge. As with electricity, water, and other basic needs, telecommunications infrastructure and services are sometimes difficult to deliver across our large and sparsely populated landscape. When a single provider steps in to fill this infrastructure gap, it may result in a natural monopoly: Crown corporations comprise one way for governments to respond to this type of situation, and they have historically played a unique role in building and distributing equitable services in Canada.[1] Owned by the federal government, or a province or territory, and operating at arms length, Crown corporations typically have a policy mandate but may or may not be expected to be financially self-sufficient. While there used to exist several provincial telecommunications Crown corporations, such as Alberta Government Telephones and BCTel (both of which were eventually privatized and merged to form today’s Telus), the majority of the telecommunications sector today sits squarely in the private sector.

The sole remaining provincial telecommunications Crown corporation, SaskTel, has come a long way from its 1908 origin with the Saskatchewan Department of Railways, Telegraphs and Telephones, from 5,710 subscribers in 1909 to approximately 1.4 million today. As its purview has expanded over time, it has begun to explore a broad portfolio of services, including Networking, IT, Security, Consulting, and Internet of Things (IOT). Through its wholly-owned subsidiary, SaskTel International, SaskTel exports its expertise in consulting and software integration across the globe. In February 2020, Faun Rice, Research and Policy Analyst with the Information and Communications Technology Council (ICTC) visited SaskTel Business Solutions in the new SaskTel Collaboration Centre, a space dedicated to collaboration, learning new ways of working, and innovation. ICTC’s conversation with Nathan Wilson, Director of Innovation & Collaboration, and Mike Stefaniuk, Director of Business Development, focused on their work in the Smart Cities space. SaskTel holds a unique position in Smart Cities development as a Crown corporation: it brings with it both policy and business development mandates, and the team expressed a clear interest in developing Saskatchewan’s tech ecosystem.

“Saskatchewan has a long history of coming together to find a uniquely Saskatchewan solution. We’ve had to come up with ways to deal with our large geography and small population, and we’ve done it through collaboration and innovation. The Crown status of our Power, Energy, Water, and Communications infrastructure, coupled with our strong Tech Startp community and resource-rich economy makes Saskatchewan an ideal place to invest and innovate.” [Nathan] 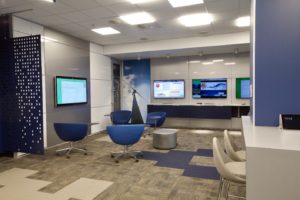 “The SaskTel Innovation and Collaboration Space is designed to host a wide variety of events ranging from working with customers to help identify and solve business problems to community events and professional development workshops. Since our launch in May of 2018 we have hosted well over 300 groups.” Nathan Wilson

As conversations across Canada have noted, the challenge of designing a fully interoperable, fully integrated “Smart City” on the Singapore model can be intimidating, overwhelming, and simply unrealistic (or even undesirable) for the Canadian context. Programs such as Infrastructure Canada’s Smart Cities Challenge have sought to help municipalities across the country create proposals that are grounded in realistic needs and outcomes rather than focused on “technology for technology’s sake,” and the challenge has had an impact on communities far beyond the four grant winners. In its engagement with Canadian municipal staff and technology vendors, ICTC has found that the proposal-building process has fostered a degree of familiarity with the Smart Cities concept. The competition reached municipalities of all sizes and across all provinces and territories, so much so that the cities with complete proposals represented nearly two-thirds of Canada’s population.[2]

The SaskTel team echoed the importance of avoiding a tech-for-tech’s-sake model. The group noted that they were interested primarily in working together with cities and startups to adopt a coordinated “design-thinking” approach, by starting small and doing careful evaluation and consultation before implementing a solution.

Nathan gave an example of a unique project the team has been working on:

“Rather than launching a large portfolio of IoT services, our approach to date has been to enter each engagement with no end-solution in mind. We let the customer’s needs drive our path forward and bring together whatever mix of services, skills, and partners are required to help solve their business problem. We don’t assume to know their business better than they do, but we do know customer-centric design and technology.”

SaskTel is extending a design-thinking philosophy into the Smart Cities arena pragmatically, through community development from their collaboration space (pictured above): they’re developing a Digital Sandbox where organizations can connect, walk through ROI before a Smart Cities program is implemented, and test new solutions through manageable pilots. As the team put it, they’re hoping to play the role of a facilitator or enabler—while they’re not going to “whip up an end-to-end Smart Cities solution,” they are well connected with the startup scene as well as other Crown corporations in Saskatchewan, so they’re able to play a unique role in connecting municipalities to service providers and offering their own services where it makes sense.

The team’s emphasis on not only making sure that the client wants a solution, but also investigating whether or not what they want is actually in their best interest, is quite a unique step in a field fueled more by promises than by real-world experimentation.

“In talking with customers and learning about their transformation journeys, we de-emphasize technology and solutions and instead focus on the challenges they are facing, and the problems that are worth solving. This problem-first, technology-second approach is a bit different than the traditional telecom model, and it is resonating with our stakeholders. It not only leads to better dialog but also better discovery of opportunities that deliver value for all of us.” (Mike)

Increasingly, as a part of the collaborative model, SaskTel is exploring ways to bring Crowns, Ministries, Enterprises, and the Tech Community together to focus collectively in key areas of growth like Agriculture, Mining and Oil and Gas, and Smart Cities. The Digital Sandbox concept is focused on creating an environment conducive to innovation. This includes providing not only physical collaboration space and enabling technology (such as sensors, connectivity, computing, software, and analytics) but also coaching that supports the process.

A recent example of this is SaskTel’s collaboration with Greenwave, a local technology company providing energy conservation solutions through detailed measurement and verification solutions of water, electricity, and gas usage. SaskTel’s expertise in connectivity, data storage, and software integration are a great compliment to Greenwave’s deep expertise in conservation.

SaskTel Business Solutions is actively expanding its role as a convenor in the province. Part of the purpose of collaboration space is to get a wide variety of partners—from startups, to established businesses, to the public sector—to talk about strategic thinking for Smart Cities, the digital transformation of industries, and the labour market.

“Transformation journeys are inherently complex, and when faced such a high degree of uncertainty, no one can be successful working alone. Everyone we collaborate with has unique capabilities, and by bringing those capabilities together in an ecosystem model, we significantly increase the probability of finding successful ideas.” [Mike]

[To learn more about the work going on at SaskTel, visit: www.sasktel.com/innovation

[1] Edward Iacobucci and Michael Trebilcock, “The Role of Crown Corporations in the Canadian Economy,” School of Public Policy Research Papers, 5 (9), 2012, p. 2.https://www.policyschool.ca/wp-content/uploads/2016/03/privatization-crown-corp.pdf
[2] Nearly 200 communities submitted complete proposals to the competition, alone or in groups (for example, smaller municipalities sometimes grouped together to create a regional proposal). Mapped to their populations, based on the 2016 census, the cities submitting proposals totaled about 2.2 million people, or about 62% of the Canadian population from the same census year. 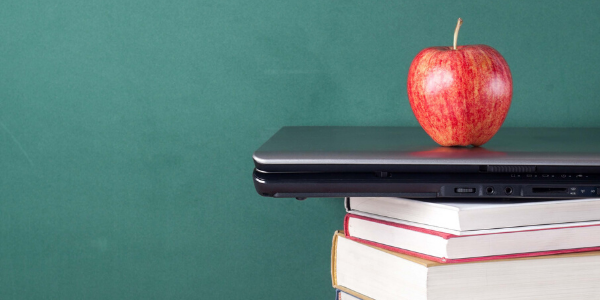