By Paul Stastny16 February 2022 No Comments 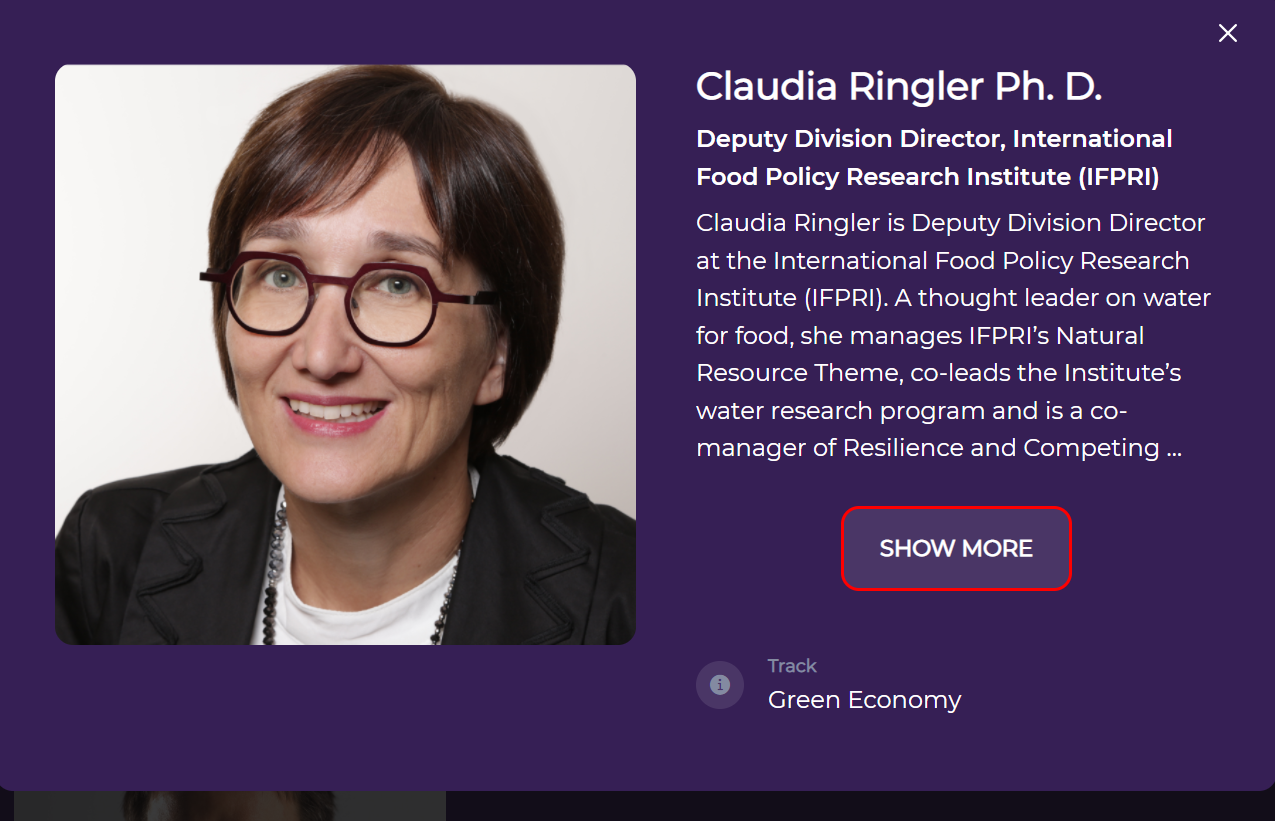 ICTC Horizon—an Information and Communications Technology Council two-day virtual summit on Canada’s increasingly digital-led economy—entered its second and final day on Feb 2 with numerous panels on digital trade and investment, the human side of tech, and the green economy.

Here is a sampling from a Horizon green economy discussion.

A Sustainable Ag and Food Security panel examined the ecological footprint of the food production, spurring a lively discussion of the role of digital technologies and the broader implications for government policy, standards, and third world realities.

“Agtech and food policy don’t really sound like they go together, but they certainly do because we know that technology is a key engine and pathway to achieving food security and reducing malnutrition levels in developing countries,” said Claudia Ringler, Deputy Division Director with the International Food Policy Research Institute (IFPRI).

Ringler noted the potential of digital technologies to improve agriculture productivity but added that low-income countries (the focus of her organization) face more acute challenges to agtech adoption than developed countries.

In Canada, government policy initiatives and companies such as Telus are ramping up the type of connectivity needed by agtech infrastructure in remote farm areas.

Michael Gilbert, CEO and Founder of Semios—a leading precision farming IoT platform that collects data on more than 100 million acres via 3 million-plus sensors to maximize growing efficiencies and minimize inputs—said he would be “surprised if [connectivity were] still an issue five years from now: 5G is rolling out quickly, and there’s low-level satellites…. It’s all coming.”

Ringler, however, noted this development seldom extends to developing countries. “The question is how can we get precision agriculture technologies and other technologies into use in low-income countries and drive their adoption?” she asked.

Agtech has the potential to improve food security, but connectivity, capital investment, and food-price implications need to also be addressed, especially in countries where food can represents 40% to 60% of personal spending.

“What we really need a multisectoral, multicomponent approach to [deciding] which technologies to invest in,” Ringler said.

Today, food and agriculture account for 21–37% of global greenhouse gas emissions, more than 50% of the world’s habitable land, and 70% of freshwater use.

With a growing global population and a warming climate, Ringler was asked if are “we are going in the right direction with water use?”

A deep sigh, then she said, “A lot of improvements have been made. Farmers who can afford sensors to help them schedule irrigation are obviously using water more efficiently. But from a natural resource perspective or an environmental footprint perspective, we can use water so efficiently that there is no water left in the stream. And when we go to low- and middle-income countries, very little has been done on improving water management.”

Closer to home, the discussion turned to organics and standards to ensure consumers get what they think they are purchasing.

Remi Schmaltz, Co-founder, Director, and VP Corporate Development at Index Biosystems—a provider of microscopic fingerprints made from baker’s yeast for application in any product to prove its identity—said that consumers have been easily duped by fraudulent organic products.

“There are some larger fraud cases in the U.S. where farms grew some organic but were buying other grain and selling it as organic because they were getting a premium for it,” Schmaltz said. “The system at this stage is not resilient enough with authentication that can really prove out what it is that you’re buying.”

Even in the absence of fraud, Schmaltz points to the challenge of different corporate standards under the “organics” umbrella.

“I think the key is to make meaningful and trustworthy and scalable standards—so a broader framework that a country or industry or segment can get behind is important,” he said.

Ringler agreed that standards are important but added they need to be flexible enough to not shut out farmers in developing countries who can’t meet those standards.

Conversely, overly rigid standards could harm countries that don’t produce enough food if those standards drive up the price of imported food.

“So there are those larger implications that have to be considered,” she said.

Unfortunately, Gallup Polls repeatedly show that personal change is at the bottom of the list of changes people feel could make a difference for climate change. Consumers typically say farming practices need to change. Rarely do they see the importance of their own actions.

Citing Mexico as an example, Ringler described how incentivized personal choice improved both the environmental and health.

“A tax on sugary beverages in Mexico was very successful, but not because they were using too much water—even though you use 150 to 300 liters of water for half a litre of soft drink because of all the sugar in there. That was not the reason. It was public health,” Ringler said.

A top-down government solution can make a big difference, but how much power do consumers acting on their own actually have?

In Western countries,” Semios’ Gilbert said, “we like to have choices. We like to see avocados year-round, but there’s a price to be paid. It doesn’t come for free. There’s a sustainability hit that we take for that choice.”

“Consumers are starting to focus in on where their food comes from, especially in Western countries. They have been very disconnected from food for a lot of years and are starting to refocus.

“The agriculture industry has done a bad job of telling the story of how these things work. We’re getting better. We’re headed in the right direction… and we’re doing a better job telling our story,” Schmaltz said and suggested a role for government in helping educate people about the complexities of how farmers operate.

From Helicopters on Mars to Sustainable Growth and the Future of Work: ICTC Horizon

From Helicopters on Mars to Sustainable Growth and the Future of Work: ICTC Horizon