Glimmering smart cities, yes, but to what end? Insights from ICTC’s Smart Cities Forum in November

By Paul Stastny19 December 2019 No Comments

In an increasingly urbanized world, a defining question for smart cities discussions—such as the ones hosted by the Information and Communications Technology Council (ICTC) in Ottawa at the end of November—is “What are we trying to solve?”

That fundamentally human question needs to anchor these inquires so as not to “get sidetracked by technology,” as one participant put it.

“Smart solutions don’t always need tech. Trees are still the most efficient form of carbon capture we have.”

Flexible, informed and creative thinking will be key to leveraging data and technology in smart cities for creating new efficiencies, improved sustainability, economic growth, and enhanced quality of life. Collaboration with a range of stakeholders should inform the development of a unifying vision and policies that will that spur, rather than hinder innovation, and ensure that smart cities don’t become a patchwork of Band-Aid solutions for a myriad of symptoms.

These were some of the important themes that transcended conversations during the ICTC two-day event, consisting of three taskforces and a roundtable policy discussion. In attendance were industry, government, academic and not-for-profit representatives from across the country, speaking freely under Chatham House Rule.

Here are some of the insights from the first day of taskforces (a briefing paper from the policy roundtable will be published by ICTC separately).

Infrastructure Canada’s first-ever Smart Cities Challenge did much to heighten public awareness of Canada’s smart-cities agenda. Four communities were promised million-dollar prizes in an announcement in May 2019. A participant noted, however, that the winning bids represent only a glimpse of the potential that smart cities offer.

Montreal, it was noted, was alone in making the point that it consulted its citizens before formulating its smart-cities proposal. Without adequate front-end grassroots consultation, smart cities initiatives risk creating blind spots, such as focussing on benefits for some but not all citizens, putting private tech-sector interests above the public good, building a checkered geography of “smart cities” hemmed in by “dumb-cities,” or simply stalling needed progress for lack of consensus.

One suggestion was that smart-cities mandates should be informed by the United Nations’ 17 sustainable development goals to transform the world: https://www.un.org/development/desa/disabilities/envision2030.html.

“Smart Cities will need a coordinated approach to solve some of the big problems that they face, such as homelessness, drug abuse and hunger. But the concept of smart cities isn’t taking on these big challenges yet,” a participant said.

ICTC’s taskforce topics included digital-talent demand and supply, and the physical infrastructure requirements for smart cities. A recurring theme that emerged across table discussions was that Canada can’t afford to work in isolation, nor does it have to reinvent the wheel.

“We need to be importing solutions from abroad. Finland, for example, is further ahead in their thinking about smart cities. South Korea already has a lot of technology in play in their cities.”

The Baltic country of Estonia is another potential resource. Whether its real-time responsive control of streetlights, internet-enabled fire hydrants or online citizen access to 99 per cent of government services, collaboration with other jurisdictions can provide invaluable models.

Looking abroad can also help lay the foundational policies needed for creating smart cities. How was consensus reached in other countries around data privacy and data ownership, for example? Canada is just in the early innings of these discussions, as evidenced by Toronto’s Sidewalk Labs project.

This waterfront smart-city initiative involving a Google-built and operated digital network ran into a Mexican speedbump when stakeholders raised concerns about how the corporation would use the collected data.

“Corporate incentive structures rarely align with the public good, which must ensure service for everyone, not just the profitable few,” a participant said.

When dealing with corporate service providers, keeping Canadian data in Canada was also an expressed priority.

“Security, privacy, and ethics are incredibly important to people when considering how the private sector interacts with our data.”

Smart cities should strive for creating human connection. To enable that, cross-disciplinary skills, rather than purely technical skills, will be essential. One participant noted her organization’s director of AI development is a historian by training.

“We need to change the mindset that we ‘absolutely need’ that AI expert from the U.S.”

Cities already collect a lot of data and that will increase exponentially in the future, so all levels of city administration need to have a sophisticated understanding of Information and Communications Technology (ICT). But currently the training to engender this understanding is largely missing.

“Particularly officials at higher levels often don’t have the time to get this training.”

In the absence of a sufficient grounding in ICT and its related issues, too much control may be handed to private-sector tech providers, or it can kill progress on smart-city initiatives if city administrators only see the risk of being caught on the hook for data breeches or misuse, for example.

Siloed departments within municipalities and other levels of government can also mean that too many people have de facto veto power. The more approvals that are required for projects to proceed, the lower their chances of advancing.

In this context, the concept of the “reverse pitch” is promising.

“Rather than cities issuing RFPs for particular technologies to the private sector, the private sector pitches solutions to cities. Formulated differently, cities simply present their problems to firms and are completely agnostic about the method of addressing the problem.”

But even this approach requires a nuanced understanding of ICT. Given citizen input will be needed, the same could be said for the general public. One participant questioned how ICT understanding could be improved among the population.

Despite expressed reservations about private enterprise, for-profit companies will be essential to creating smart cities. Entrepreneurs will play a vital role, especially if they are guided by principles that align with the aspirational goals of smart cities—equitable access to technology, inclusion, connection, and tackling perennial social problems.

“In many communities, [entrepreneurs] are the sole job creators. We can’t wait for big businesses to show up to create jobs.”

But how are small towns and second-tier centres to attract the talent they need to become “smart communities” when the tech sector increasingly struggles to find digital talent even in major centres?

One participant noted that smaller communities may not always need highly specialized tech talent if they piggyback on successful solutions from other regions. Remote work can also provide the requisite skills, provided that connectivity is in place.

Further, a participant notes “a lot of practical technology solutions already exist that don’t require high levels of skill. If it’s a program to get homeowners to put solar panels on their roofs, then simple solar installation courses could upskill local trades people.”

As large urban centres will lead the charge on smart cities, it was suggested these emerging data stewards would do well to carry some of the burden for rural “smart-community” development.

“The digital divide will only grow larger as the majority of our data is collected from urban environments and rural is forgotten.”

Purely tech skills will obviously be important such as project managers who understand technology, good tech managers, top user-interface talent to ensure successful adoption of the technology applications that are created, etc.

We must prioritize re-skilling the current workforce to work in tech, with an emphasize on mid-level talent.”

Many people are already seeking re-training and upskilling for more tech-focused roles “because they’ve grown tired of the cadence of their current career.” Many work sectors are in slow decline due, in part, to the evolution of technology. So a shift into tech is often viewed as an exciting and promising opportunity.

Predicting specific skills to include in education and upskilling curriculums, however, is tricky.

“In five years [what is needed] will change. Still, we can’t not [try to] predict the specific technical skills needed for the next-generation workforce.”

Employers also need to appreciate the power of the free market in building a tech workforce: “Are you willing to pay market salaries to attract the right people?”

The initial focus in creating smart cities shouldn’t be new infrastructure. Many existing assets can be made smart.

“Full 3D digital twins can be shared through open-data standards that empower cities to fully utilize infrastructure assets and optimize their capacity, while ensuring a dynamic representation of the assets’ changes over time.”

To the extent that smart cities need to be sustainable, cleantech can play a role. New technologies already exist that sequester carbon dioxide in the manufacture of concrete products. Smart-city administrators need to be—yet again–aware of the big picture.

“We need to focus on sustainable circular systems. This might include using nearby water systems for cooling. We should always look to environmental advantages that naturally exist.”

While policy was a roundtable topic for the following day, the subject of policy was unavoidable in the taskforce discussions as well. Appropriate policies, regulations and standards that support innovation, rather than hinder it, are needed. One participant noted the current landscape of multiple technology standards is contributing to the push for 5G development. The hope is that 5G unify standards.

This notion of technology-as-saviour is tempting, and it aligns with the comment that “connectivity is everything–once we figure that out, everything else is just logistics.”

But does smart-city development we have to wait for 5G? What about technologies that already exist, such as LoRaWAN, which shows high reliability for moderate load and could be useful even today.

“There’s a significant lack of knowledge around this technology and its availability.”

“Or Broadband over powerlines? How can we use current infrastructure assets to reduce the digital divide between urban and rural?”

Ultimately, infrastructure and technology might be the easier piece in the smart cities puzzle. The human dimension—improving ICT understanding and reaching consensus on diverse issues and competing priorities—is the bigger challenge. 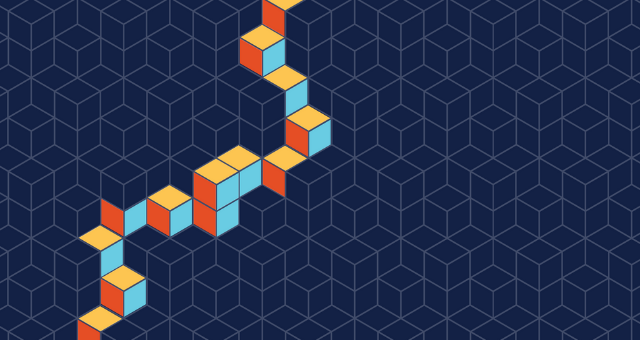