By Paul Stastny25 November 2019 No Comments

Some of the social media commentary following VanHack’s most recent Calgary hiring symposium this October noted that Alberta has one of the highest unemployment rates in the country and that flying in foreign workers just rubs salt in the wound.

“It’s a fair point,” says the founder and CEO of the international recruiting firm VanHack, which helped bring 36 tech-job seekers from all over the world to Calgary. “I think we have a big problem with the labour mismatch.”

But Brotzky also points out that VanHack’s focus is senior-level candidates that companies aren’t finding locally—typically senior software developers with 10 to 15 years of experience.

“The employers we work with have their own hiring programs, they work with recruiters, and we are kind of the last resort,” Brotzky says.

What the studies say

Still, Canadian tech employers are increasingly turning to this option of last resort to avoid stalling their growth plans.

Since its founding in 2015, VanHack has facilitated almost 800 successful hires. It has a network of more than 100,000 tech candidates across 100-plus countries. And VanHack’s business continues to ramp up in step with Canada’s growing demand for ICT workers.

According to the Information and Communications Technology Council’s (ICTC) latest forecast, “Canada’s Growth Currency: Digital Talent Outlook 2023,” (hyperlink ) Canada’s demand for digitally-skilled talent is expected to reach 305,000 by 2023, for a total employment of over 2 million in the digital economy.

Globally, a digital skills gap has taken shape and is already hampering digital transformation at 54% of companies, according to a Korn Ferry Global Talent Crunch report. The consulting firm expects that by 2020, global ICT industries may be short more than 1.1 million skilled workers, rising to a staggering 4.3 million by 2030.

The growing tech-skills gap prompted the Canadian federal government to make it easier to recruit foreign “unique and specialized talent to help [companies] scale-up and grow,” with the launch of Global Talent Stream in 2017.

“Global Talent Stream changed our life,” Brotzky says. “Before this program, when I would talk about foreign workers, people would get a scared look on their face. They didn’t even want to entertain the idea.”

In fact, prior to 2017, Brotzky was living in Berlin, where VanHack was helping European employers hire from abroad. Presumably, at around that time, the Canadian government started reading some of the same economic analyses that led Germany and the Netherlands to open their doors to foreign digital talent.

“According to a Berkeley University economist, when we bring senior development talent into the country, we’re actually creating more jobs for the local market because these workers rent apartments, buy cars, go to restaurants, their kids study in schools, etc.,” Brotzky explains.

“So what we see is senior talent from abroad training up other employees, which helps the business grow faster, improves the labour pool, and allows the company to hire more Canadians for other positions,” Brotzky says.

Since the change in Canadian work visa rules, VanHack’s ranks have swelled to 45 people, 20 of whom work in foreign jurisdictions. Companies are now more open to foreign workers, Brotzky says. Some do international recruitment on their own. Others turn to companies like VanHack for help.

“It’s really not that hard to hire from abroad and the results are really great,” he says.

Employers are often surprised by how good an international hire turns out, which then primes them for finding more overseas talent as their companies grow.

Onboarding a foreign worker can be some extra work for an employer, but it’s not onerous. Small gestures that ease the transition go a long way, Bortzky notes. Picking up a new hire from the airport. Helping find a place to stay. Finding a buddy of similar culture to help them along.

Generally, international candidates who take the big step of working abroad are fully engaged, mature about the process and capable of managing most of the transition on their own.

“We create a lot of success cases, videos about hiring abroad and try to show that it’s real and that it works—especially for candidates’ benefit. They can be really skeptical at times so, by creating these success-case videos, we create some proof,” Brotzky says.

Attracting the best candidates is critical. Add to that, the matching of candidates to the right employers, and you have the core of VanHack’s business. This all-important alignment has many variables: cultural fit, technical ability, timing the candidate’s relocation, discerning whether a candidate truly wants to live in Calgary or prefers Toronto, or Vancouver, or Montreal.

“We’re working hard to understand how to solve these issues and we use technology to help our team work better,” Brotzky says.

From favelas of Rio de Janeiro to VanHack

VanHack’s rise to prominent international tech-recruitment visibility has roots in Brotzky’s international background and mindset. Born in Serbia, his parents took the family from the former Soviet Union to Israel and then to Canada.

In his last year of studies in applied economics and management at the Cornell Dyson School of Business in New York, Brotzky jumped at an opportunity in Brazil as an alternative to spring break.

“I spent a week in Rio de Janeiro, helping in the slums. During that week, I also found out about a job opportunity with Vale SA, one of the largest global mining companies,” he says.

He landed the job and was selected as part of a 20-person international leadership development program that involved two months of in-class training and two six-month rotations through various Vale projects and mine sites.

As his Portuguese-language skills improved, Brotzky was enjoying his time in Brazil more and more, but working at Vale—a large slow-moving engineering organization—was wearing thin. Brazil was fertile ground for tech startups at the time, and his degree focus on marketing and entrepreneurship was starting to kick in.

After a year and a half with Vale, an early stepping stone to launching his own enterprise was a business development role with Mobile Metrix. The market research firm sourced a $250,000 deal with Unilever Brazil to do market research in four favelas in Rio de Janeiro and Recife.

“They hired local youth in the slums to go door-to-door doing, essentially, a census for the government, while asking opinions about this soap, or this mosquito repellent, or this water filter. So we did market research for consumer companies while giving the government the data they wanted,” Bortzky says.

Mobile Metrix was a satisfying six-month volunteer stint as it eventually led the government and community leaders to improve the living conditions in these low-income areas, but now Brotzky needed a real job if he wanted to stay in Brazil.

A friend pointed him to a program in Rio de Janeiro that connected American investors with Brazilian entrepreneurs. At the group’s Angel Investor Day, “I was this broke university graduate wandering around, randomly approached by people thinking I was an angel investor,” he says. “But he one thing led to another, and I met a company that was about to get kicked out of an accelerator program because it was just one guy—the program wanted bigger teams.”

Brotzky asked him if I could help him in exchange for a small salary or percentage of the company if things went well, and the owner said, ‘Yes.’”

That immersed Brotzky in Brazil’s bustling startup ecosystem, which exposed him to JavaScript and other programming languages, design work, and allowed him to hone his business-development skills.

Along the way, he cofounded a project called Brazil Tech Career Blueprint, which provided information to the world about how to access the Brazilian tech career market. It wasn’t long before his Brazilians friends set him straight.

“They said I had it backwards,” he recalls. “It should be about Brazilians finding tech work in Canada.”

That suggestion stuck. When the Brazilian economy fell apart following Brazil’s hosting of FIFA 2014 World Cup, Brotzky moved to Vancouver and started posting pictures of the city’s mountain-fringed ocean grandeur. People from Brazil started commenting on the pictures and asking him about the Canadian economy and the state of Vancouver’s tech market.

In short order, Brotzky launched a venture similar to the Brazilian Tech Career Blueprint but, this time, he got it right—teaching people how to find opportunities in Canada—specifically Vancouver. Hence the name VanHack.

When employers started calling him, it was game on. 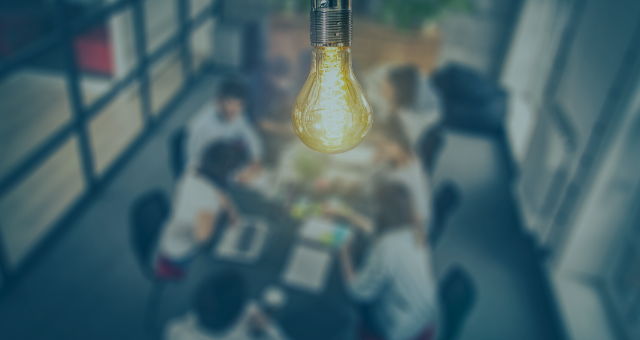