Coach Gerald Chung
“We are the Olympians – Team Pink from Old Scona Academic School in Edmonton, Alberta. I was introduced to CyberTitan in 2018-2019. This competition allows students from across the globe to compete in challenges that requires them to collaborate and work as a team. We chose to take part to further our skills in cybersecurity, team work and cooperation. This competition motivates our students to make the cyber world a safer place to be part of. We are proud to represent our school in this prestigious national event.”

Catherine Kim
What are your favourite snacks?

My favourite snacks are fishy crackers, cotton candy, Pringles, and Werther’s Original to name a few… all original flavour of course!

If your team was trapped on a desert island and could bring three things with you to survive, what would you bring?

A Bluetooth speaker, a connectable device with music, and a generator for battery! (I’m sure my teammates will bring the useful things).

What is your best memory from participating in CyberTitan?

My best memory is just having fun with my friends as we eat Timbits and collaborate to solve problems together.

What’s your favourite social media to use?

If you were to go “viral” for something, what would it be?

My favourite TV show is Sherlock!

CyberTitan has let me know how insecure our computers can really be. Before CyberTitan, I thought my computer was pretty secure, but afterwards, I realized how vast the level of security could be. CyberTitan has taught me that having a secure computer is like having a secure house. While it’s possible that you won’t be robbed if your house has no locks, having locks is highly recommended as it significantly lowers your chance of being robbed. In the same way, it’s possible that a computer with no firewalls won’t be hacked, it’s still very important to keep it secure.

I was inspired to join during my school’s open house before I came to Old Scona. The cyber security teacher and a previous member of Cyber Titan were both there and they showed me a real-time map of the current cyber hacks going on in the world. They also explained all about the Cyber Titan program and ever since then I wanted to join the team!

After participating in CyberTitan, I have realized how easy it is to have exploitable vulnerabilities in a system which you are totally unaware of. It has made me more aware and conscious of my own actions when I am online and offline. It has also inspired me to pursue studying cyber security later on.

I first joined CyberTitan in grade 10 because I wanted to try something new, I guess. I took a computer course throughout junior high, and it was really interesting to me, so I just wanted to explore that realm some more! My parents encouraged me because of the high demand for jobs in that sector, so I figured I’d give it a go. It was different from what I expected, but really fun, and I’m really glad I decided to try it.

How has CyberTitan changed your perspective on the importance of cybersecurity?

Before I joined CyberTitan, I didn’t know anything about cybersecurity at all. I figured it was just a minor thing that kept cyberbullying at bay. CyberTitan has taught me how ubiquitous cybersecurity is in our everyday lives even though we can’t see it going on–we really rely on cybersecurity specialists to keep our virtual world running safely. In grade 10, participating in CyberTitan spurred me to take up the course Cybersecurity 10, and it opened my eyes to how complex cybersecurity is, as well as how much of a role it plays in the protection of our information in the age of technology.

For me this was a person; my first cybersecurity teacher. He taught multiple IT courses in our school as well as enterprise and innovation and he often made connections between the two. I took many of these courses and learned the application of cybersecurity in business through him. He stressed the importance of defense in cyberspace and encouraged us to explore real life scenarios of exploitation online. When discussing our team for these competitions he stood strongly for gender equality and aimed for an equal number of male and female team members. I was inspired by him to compete to practice finding vulnerabilities and continue to apply what I learn to real situations. He was always supportive of my learning even when I started with no experience knowing nothing.

CyberTitan has so far shown me that one’s cyberspace is far more difficult to defend than I’d originally thought. With every image I discover new vulnerabilities with my team that I had not thought about before. Objectively I’ve always known that cybersecurity is important especially in a world that is developing quickly in the technological sector, however, through this competition, I’ve come to further appreciate those who are able to constantly think critically and work in these fields and manage to defend from the unexpected.

What is your favourite snack?

My favourite snack is probably Old Dutch wavy Sour Cream and Onion potato chips. I’ve loved those chips since I was young, which is weird because I really hate actual onions.

If your team was trapped on a desert island and could bring three things with you to survive, what would you bring?

If we were stuck on a desert island, I would probably bring a water purifier, as it would be impossible to have an endless supply of drinkable water to bring onto the island. A purifier would be easier to use and practical, especially if we are stuck on the island for a long time. The second item I would bring are matches. They would be extremely useful on the island as we learned how to build and start our own fires. Lastly, I would bring is a reference book for all of the edible plants on the planet, as we will have to try to find food, and it would be easy to identify what we can eat and what we can’t.

What is your best memory from participating in CyberTitan?

I think my best memory from participating in CyberTitan was the first round of this year’s competition. I had only attended one practice round before then, but I didn’t really know my teammates or many of the other people attending. By first round though, I had gotten to know some of my teammates a little bit more, just by seeing them and talking to them a little bit around school. During this round, we really bonded over common interests and had a lot of really good food!

What’s your favourite social media to use?

If you were to go “viral” for something, what would it be?

If I were to go “viral”, I would like for it to be something to do with performing, potentially doing playing guitar or singing. I really like to cover songs, and while I don’t have a plan to post some of these covers anytime soon, I think it is something I want to do in the future. Since that’ll be the content I’ll likely post, it’s likely what is going to go “viral” online.

What’s your favourite show to binge-watch?

I have two answers, once again. The first one is The Umbrella Academy on Netflix. I think it was probably the fastest that I have ever watched a TV show. It is pretty short in terms of episode length and season length and super interesting. The second one is How I Met Your Mother. This one is pretty much a classic and extremely funny.

I joined CyberTitan mainly to learn more about computers and meet new people. Before coming to Old Scona, I did not know much about computers/computing sciences, but I really enjoyed the class I was taking at school. However, I wanted to learn more outside of just the coding that I was doing in school, and I didn’t have a lot of space in my timetable to take another class such as Cybersecurity. I thought that CyberTitan could help me learn more, while also not taking up too much of my time and not stressing me out. As well, the majority of my friends were not taking Computer Science classes with me and didn’t share my love of computers, so I wanted to meet some new people who had similar interests as me, computer-wise. 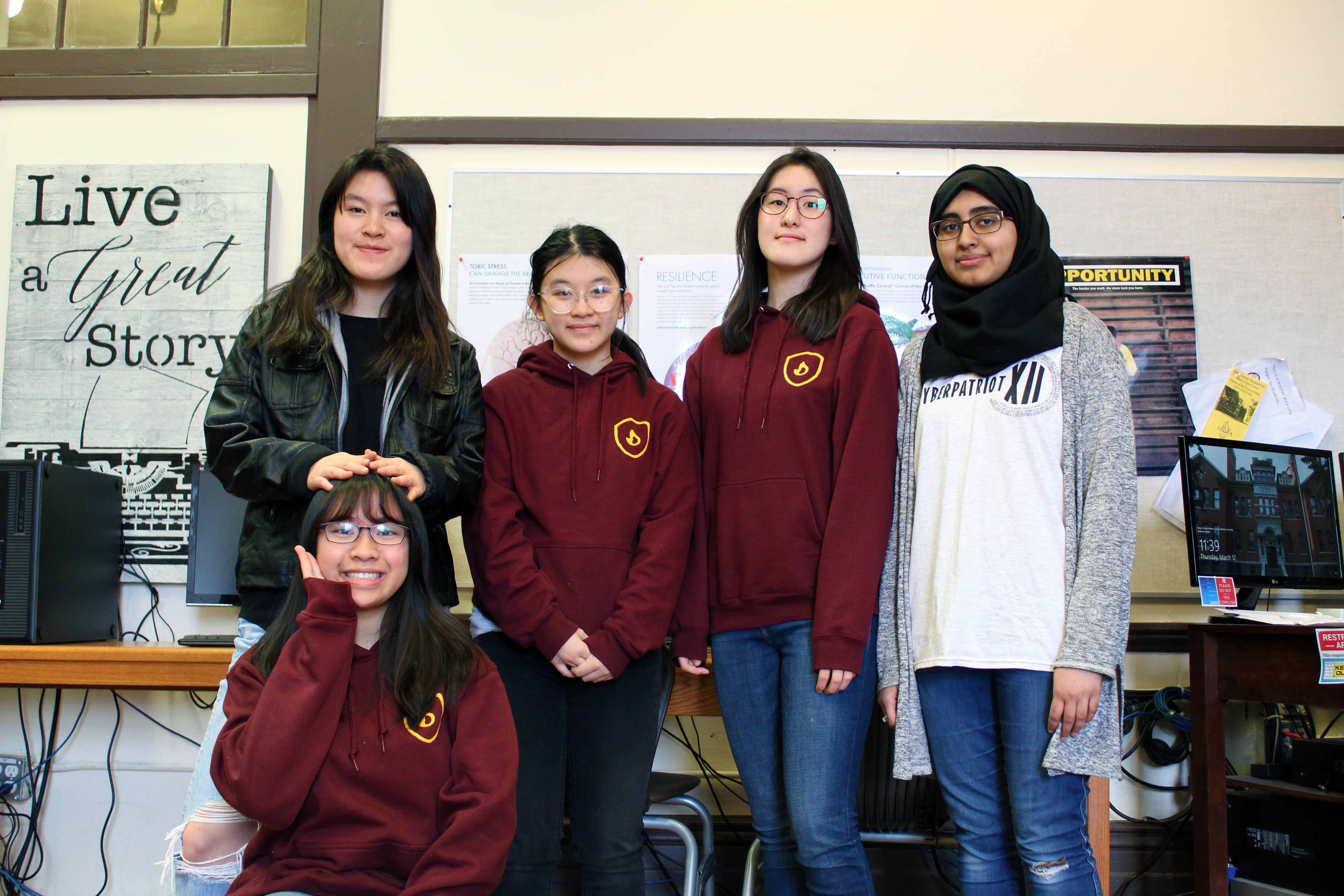 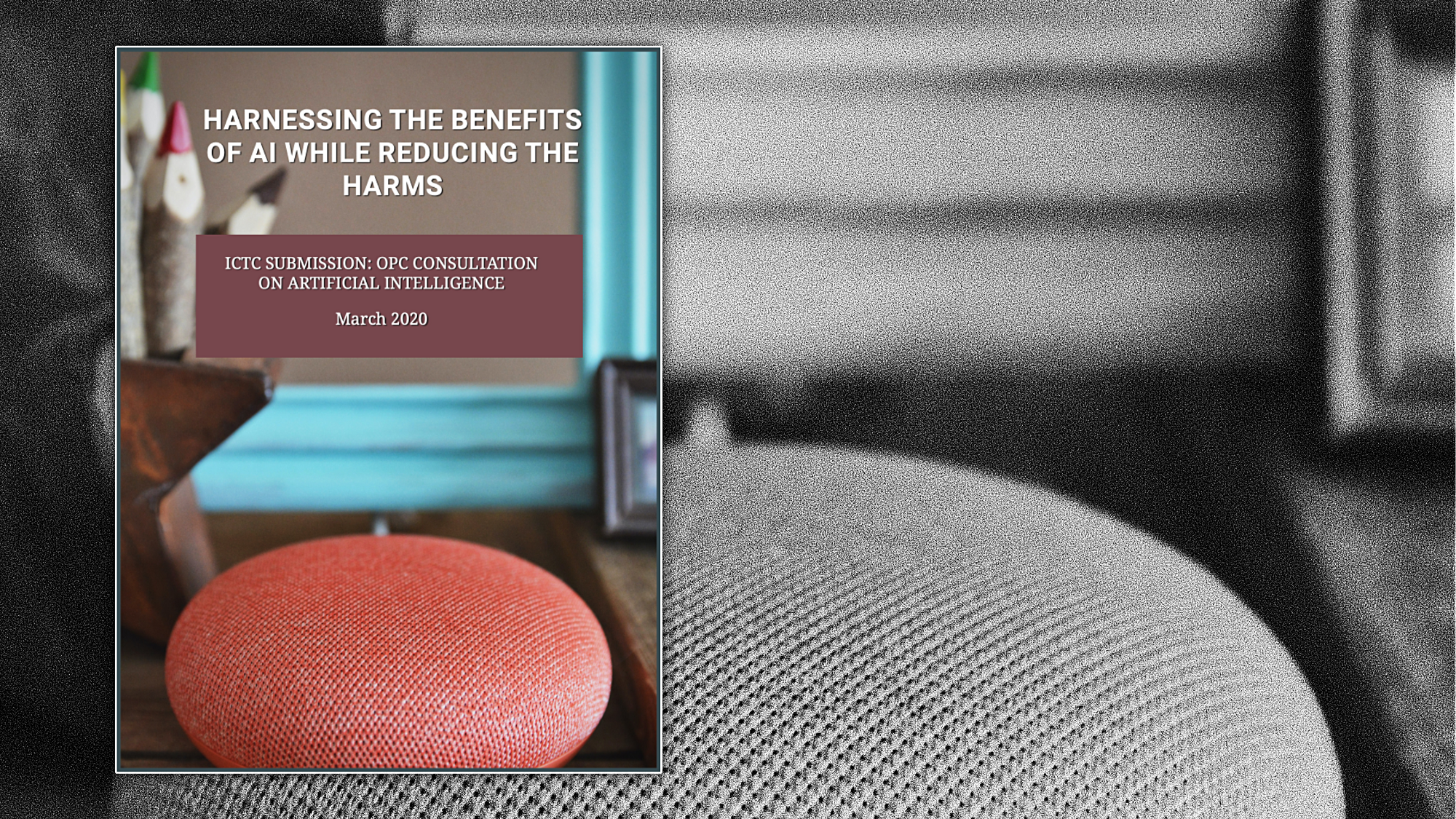 Harnessing the Benefits of AI While Reducing the Harms

Harnessing the Benefits of AI While Reducing the Harms