In this series of three WIL Digital employer profiles, we start with Julie Angus, CEO and cofounder of Open Ocean, a solar-powered autonomous boat startup that gathers real-time information to protect the world’s oceans.

Bringing a Master of Science degree and business experience in technology-transfer to her role, Julie and her team have raised nearly $2,000,000 in grants, competitions, and pre-seed financing since the launch of the company in 2018. 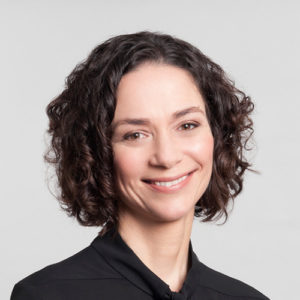 Along the way, she has collected several awards, including BC Business Magazine’s Innovator Award. But there is more to Julie than meets the eye.

In 2006, she became the first woman to row across the Atlantic Ocean from mainland to mainland. She cycled and rowed 7,000 km from Scotland to Syria. She organized a National Geographic-sponsored expedition to research the history of the olive tree.

For these feats, she has been awarded the National Geographic Adventurer of the Year award. Julie is also an accomplished author, documenting her experiences in three books: Rowboat in a Hurricane (2008), Rowed Trip (2009), and Olive Odyssey (2014).

On the surface, Open Oceans Robotics might seem like a dialling down of Julie’s intrepid past. And it is, in one sense, as she and her husband/adventure partner/cofounder of Open Ocean Robotics Colin Angus set about raising a family of two children. But Open Oceans Robotics is also at the frontier of oceanographic and environmental data collection, which is every bit as exciting as her past.

“This company is an extension of what I’ve done. It’s an exciting new endeavour that’s pushing boundaries technologically. It’s also a scalable company that could play a profound role in changing how we study our oceans,” she says.

What started as a “geeky project in our garage” is today a promising startup with seven staff, based in the Vancouver Island Tech Park in Victoria, B.C. Julie’s commitment to education and her practical business sense allowed her to recognize the value of ICTC’s WIL Digital program and bring in needed engineering and programming talent for the development of Open Ocean’s prototypes.

“The program has been great for us. It’s easy to use, and it’s been really helpful,” Julie says. “One of our students through WIL Digital is just finishing up, and he is going to be continuing on with us full time.”

The student, Matthew Cairns, is a computer science graduate from the University of Victoria.

After successfully completing a pilot with the Canadian Coast Guard with the Data Xplorer, mapping the seafloor with a multi-beam sonar system, Open Oceans landed a project with the Department of Fisheries and Oceans, collecting data to better understand Canada’s waterways.

ICTC’s WIL Digital is proud to be a part of Open Ocean Robotic’s work of ushering in a new era of understanding and management of the world’s oceans.

As summer of 2020 approaches, ICTC announced the expansion of the WIL Digital program (through Employment and Social Development Canada) to assist in the COVID-19 economic recovery by allowing more potential employers to hire students into tech roles.

A key concession is that now post-secondary education institutions are eligible as “employers” under WIL Digital.

Employers can learn more about WIL Digital and register today to hire a post-secondary student at: https://www.wil-amt.digital/en/