Powering Ocean-based Businesses with Innovative Technology Solutions: How Atlantic Canada is Spearheading a Journey for Sustainable Growth in a Changing Economy

This is the advice I received from a friend prior to my first trip to Atlantic Canada, a month ago. Returning from Halifax relaxed and with a full stomach, this is a sentiment that I can now also stand by. Of course, I’d heard about the virtue of the Nova Scotian crustacean before setting foot in the province, and I’d also had a vague idea of the difference between Atlantic and Pacific lobster – the former, a cold water species and essentially the poster boy for lobsters, with big red claws; while the latter, a warm water ocean-dweller, ironically claw-less. However, it wasn’t until I came to the end of my three-night stint in Halifax, finishing my third dinner of lobster rolls, that I began to wonder what exactly was in the secret sauce.

In early 2018, the Government of Canada launched the Innovation Supercluster Initiative. Focused on creating strongholds of research, innovation, economic growth and job creation across Canada – essentially a “cluster” of this activity – this public-private undertaking is bound to make a splash in the Atlantic. The Oceans Supercluster in particular, aims to strengthen and grow Canada’s ocean businesses, by focusing on technological optimization via interventions like digital sensors, marine biotech and marine engineering. So how is Atlantic Canada adding a new digital spin on its oldest industry?

A recent recipient of funding under the Supercluster, a six-person-deep ocean acoustics company from Dartmouth NS called Turbulent Research aims to use locally-supplied products to create passive listening devices that gather high-quality sensor data from underwater activities. Based out of the Centre for Ocean Ventures and Entrepreneurship (COVE), Turbulent sees use cases for their technology ranging from the fisheries sector, to oil and gas, and beyond.

In light of the scaling awareness of technology as a driver of economic growth, community-run hubs like COVE are springing up across the province, encouraging more and more companies to explore new methods to power their businesses. Ignite Labs, based out of Yarmouth NS, is a hub and collaboration centre for Nova Scotia’s rural entrepreneurs and startups. Though Ignite, local businesses can come together to innovate. On the seafood front specifically, Ignite recently partnered with Perennia Food and Agriculture Inc. and the Atlantic Canada Opportunities Agency (ACOA) to launch an unique contest for lobster-centered entrepreneurs: the Lobster Bait Challenge. Inviting local businesses to seek sustainable and efficient methods of production, the challenge focused on creating effective and environmentally-friendly lobster bait that uses smaller portions of fish bi-products.

At the same time, several other companies are experimenting with numerous technology solutions to improve processes and the quality of seafood consumed in and exported from Atlantic Canada. Ceilidh Fishermen’s Co-op Ltd. for example, is a Port Hood NS-based business introducing new technology that will allow for more efficient lobster grading and improved quality control. James L. Mood Fisheries Ltd. of Woods Harbour, NS is another example of a business that is embracing innovation to scale and improve services. Mood Fisheries will implement two critical technological solutions: the first being a digitized data system, allowing for greater traceability of products; and the second, a smart contract that will automate payments to fishers.

Atlantic Canada is making impressive inroads for a future of Ocean-business that is sustainable, effective, and efficient at a time where traditional industries like fishing and agriculture are experiencing immense change and growing opportunity. A recent report by US-based conservation group Oceana discovered that upwards of 20% of seafood is mislabeled, with another portion, some stating up to 50%, is discarded or wasted in the supply chain process. With these figures, it is no surprise that fishery-oriented businesses around the world are investigating potential technological solutions to this problem: one of these possible solutions being blockchain and distributed ledgers.

US-based startup Fishcoin is looking to distributed ledgers to link fishermen and harvesters, to distributors, processors, and wholesale retailers, with the purpose of these linkages being to bring transparency and traceability to the seafood industry. In addition, Fishcoin also operates on a token-powered system, where buyers like hotels or restaurants – who stand to benefit the most from traceability – can “reward” sellers with tokens when they capture and share data.

These are but a few examples of active projects taking place in Atlantic Canada and around the world in oceans and fisheries; and with the OECD estimating that global fisheries have the ability to generate an additional USD $80 B annually if managed properly, the case for integrating technology into this growing sector is crystal clear. Whether it be though experimentation with distributed ledgers for improved product traceability, improved sensing systems for underwater activities, or the sustainable and eco-friendly optimization of lobster bait, the growing acceptance and application of technology for ocean-based businesses paints a promising future.

On my next trip to Nova Scotia, I’ll make sure to continue my lobster roll trail, sampling some of the best seafood that the province has to offer. But maybe then, as I sit on a patio overlooking the historic Lunenburg harbour, perhaps I’ll not only be able to order and enjoy a delicious lobster roll, but trace its journey from ocean to plate, as well. 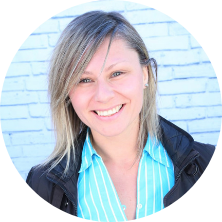 Alexandra Cutean is the Senior Director of Research & Policy at the Information and Communications Technology Council (ICTC). ICTC is a national centre of expertise, with over 25 years of experience delivering evidence-based research, practical policy advice, and innovative capacity building solutions for the Canadian digital economy. Part of an ongoing study into the increasing permeation of technology across traditional industries in Canada, ICTC will release the newest update to its flagship report, Outlook 2023, in early fall 2019. This report will forecast the demand for talent in the Canadian digital economy and key growth sectors like Agri-food & Food-tech, while also outlining the jobs and skills that will shape this demand, propel opportunities, and safeguard Canada’s competitive advantage in a global economy. 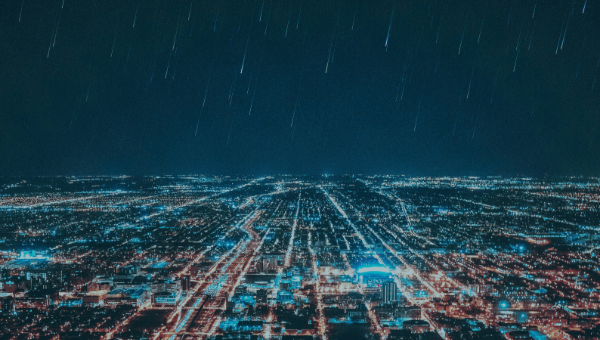 Building a Smarter Future Together: ICTC Highlights the Pillars That Underscore Inclusive Growth in the Canadian Smart Economy

Building a Smarter Future Together: ICTC Highlights the Pillars That Underscore Inclusive Growth in the Canadian Smart Economy