Regulating Flexibility and other 21st Century Problems: The Gig Economy and Emerging Legislation

By Trevor Quan5 December 2019 No Comments

In recent years, there has been significant growth and interest in the ‘gig economy,’ built upon the premise of digital platforms that connect customers with workers. New business models, characterized by smartphone apps and on-demand labour, have disrupted existing industries (like Uber and taxis) and created new ways to fulfill labour needs for companies and individuals.

While the gig economy has resonated with customers and workers (often appreciative of the opportunity for remote or flexible work opportunities to fit their schedules), there have also been concerns around the classification of these workers. In some cases, participants of the gig economy readily offer their services as freelancers or consultants, but in other cases, the classification of “freelancer” is not as clear cut. Lately, there has been a rise in criticism suggesting gig-economy companies are misclassifying workers who should, in fact, be considered employees and provided appropriate benefits as opposed to consultants.

Digital platforms of the gig economy may have originally been intended to offer part-time work flexibility, but in some cases, participants essentially work full-time on the platforms. The limited power of individual participants has led to efforts around establishing a gig worker bill of rights, labour protections, or even unionization options.

Are gig workers independent contractors or employees? The legal landscape so far

This important question has picked up steam in recent years and has even been raised in courts of law. Examined under a national lens, the US National Labor Relations Board (which enforces federal labour union laws) decided that gig workers are independent contractors, not employees, and consequently can’t unionize.[1]

On the other hand, the state of California has recently passed legislation (AB 5) that will make it harder for employers to misclassify employees as independent contractors. This bill codifies a strict ‘ABC test’ to determine a worker’s employment status and places the burden of proof on employers. Specifically, employers would have to prove that:

(C) the worker is customarily engaged in an independently established trade, occupation, or business of the same nature as the work performed for the hiring entity[2]

Failure to meet all three of these conditions means that the worker in question should be classified as an employee. In addition to the impact on labour rights, this bill aims to close loopholes that have resulted in an estimated $7 billion in losses in payroll tax revenue to the state of California. [3] As one news source put it:

AB 5 is one of the biggest challenges yet to the ride-hailing companies’ business models and would rewrite the rules of the entire gig economy.[4]

Labour standards and their cost

AB 5 could have significant implications for the business models of gig economy companies—the likes of Uber, Lyft, and TaskRabbit—as it may mean that they will need to provide their employees’ protections such as minimum wage, overtime pay, health care subsidies, paid parental leave, and unemployment insurance. Equity research analysts at Barclays have estimated that the reclassification of workers could cost Uber an additional $3,625 per driver in California. This would increase the company’s annual operating loss by more than $500 million.[5]

Being classified as employees would also qualify these workers for protection under the Fair Labor Standards Act, Americans with Disabilities Act, or the Civil Rights Act.[6] Given the strength of California’s tech sector, the size of its economy, and reputation for setting standards that are adopted by other jurisdictions (such as de facto national fuel efficiency and emissions standards for the auto industry), it is possible that these rules will spread to other areas and have a notable impact on digital-platform companies on the whole.

How are leading gig-economy businesses responding?

Many leading digital-platform businesses have expressed concerns that this new legislation may result in unwanted side-effects like decreased hiring, loss of flexibility for workers, and increased prices or reduced service due to additional operational costs. However, despite these concerns, it should be noted that AB 5 does not address the flexibility of workers, nor does it require the implementation of fixed hours, meaning that this feature of the gig economy could—in theory—remain unchanged.

Responding to these new changes, Uber and Lyft had hoped to find a compromise or a carve-out exemption for their business models by proposing a framework that would ensure reliable service for the riders, but preserving driver work flexibility and providing access to the benefits of sectoral bargaining,[7] guaranteed earnings and compensation for average expenses. At the same time, gig economy companies began investigating the possibility of sponsoring a 2020 ballot initiative for an exemption to the law. Uber, Lyft, and DoorDash have committed to spending $30 million each, for a total of $90 million, to oppose this bill.[8]

With AB 5 successfully signed into law, there will be continued efforts over the next few years to determine the implications for individual companies and the gig economy more broadly. It is likely that there will be significant opposition from companies who do not believe they should be subject to this legislation. Uber’s CEO Dara Khosrowshahi stated that this bill “doesn’t immediately transform drivers into employees” and both Uber and Lyft note that they intend to continue business as usual for the time being, and do not plan to change how they classify drivers.[9]

While California’s AB 5 does not directly impact Canadians, there also exist a number of legal challenges to the gig economy model in Canada, and California’s new high-profile legislation may help raise awareness or set a precedent.

In 2017 Uber was targeted in Ontario with a proposed class-action lawsuit regarding the status of drivers—whether they are employees or independent contractors.[10] While a lower court agreed with Uber’s position that the class-action lawsuit couldn’t proceed in Canada due to an arbitration clause (January 2018), the Ontario Court of Appeal ruled against this position in January 2019,[11] allowing Uber drivers to move forward with the effort to improve their employment status.

Specifically, the court found that the arbitration clause, which would force Uber drivers to travel to the Netherlands to undertake the arbitration process, represents an illegal contracting out of employment standards under the Employment Standards Act, should the drivers be found to be employees. Furthermore, it concluded that the clause was unconscionable given the unequal bargaining power between Uber and its drivers, the latter who must agree to the terms in order to register and work.[12] Specifically, the decision stated that the clause takes advantage of Uber drivers who cannot afford to travel to the Netherlands for a process that could cost up to $14,500 USD. As a result, Uber has been ordered to pay for the cost of the appeal[13] and the case is now being heard by Canada’s Supreme Court.[14]

While Uber is one of Canada’s most well-known gig economy businesses, other Canadian gig workers are also looking at the implications of worker classifications and organized labour in this space.[15] In September 2019, the Ontario Labour Relations Board began hearings on the topic of whether or not food delivery couriers are independent contractors or employees, covering topics like which couriers should be eligible to vote in a union drive.[16] This investigation of couriers’ roles—to determine if they are self-employed or employees—is likely to continue for a period of several months.

Governments around the world are challenged to find the right balance between protecting worker rights and allowing the benefits of flexibility and opportunity that gig-business models propose. For example, France has provided some labour rights for self-employed (digital) platform workers and has added new rights specifically for drivers.[17] At the same time in the UK, the government is exploring worker classifications,[18] and it has been decided that Uber drivers are to be regarded as workers[19] that should have access to minimum wage and paid holidays.[20]

Technology-enabled models of employment, like so many other technology-driven aspects of contemporary life, have developed quicker than their parallel policy and legislation. As a result, the legal challenges and uncertainty that currently plague gig-economy platforms will continue, but the new models of “flexible” work they espouse, eschewing traditional employment relationships, must also adapt to ensure that their labour practices are as socially responsible as their services.

Interested in this topic? Stay tuned! In early 2020, ICTC will be releasing a report examining the rise of the digital platform economy and other emerging trends related to the future of work. For more information please feel free to get in touch with us at [email protected]. 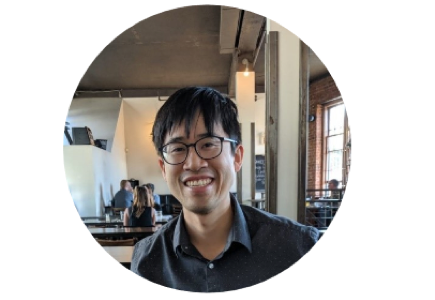 Trevor Quan is a Senior Research Analyst with the Information and Communications Technology Council (ICTC), a national centre of expertise on the digital economy. Trevor has worked in the tech and innovation sector for several years with a focus on strategic policy. At ICTC, he researches various labour market topics and emerging technologies related to the digital economy. Trevor’s areas of interest include the digital platform economy, artificial intelligence, smart cities, and educational technology. 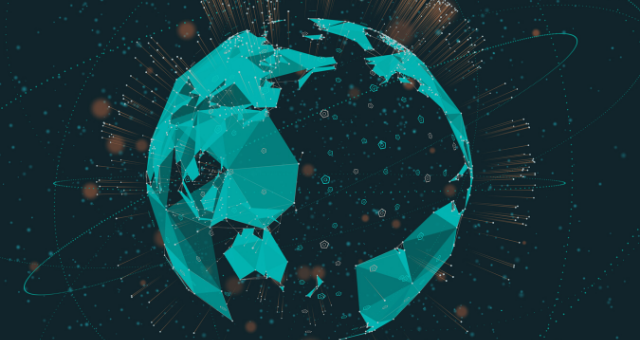