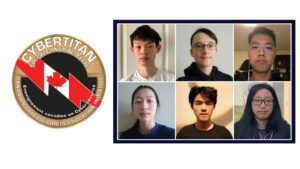 OTTAWA, ON. May 19, 2021—The CyberTitan IV National Finals wrapped up with Teapot from William Lyon Mackenzie Collegiate Institute in North York, ON, taking the top prize.

“It’s our second year competing and, once again, we all had a wonderful time participating in this spectacular event,” said Steven G, Teapot’s Captain.

The virtual six-hour cybersecurity competition took place May 17; a virtual Summit, where students heard from cybersecurity industry experts, was held on May 18; and the official Award Celebration was hosted May 19.

CyberTitan IV National Finals featured 11 teams from across Canada, including an exhibition team from Cadets Canada. Due to COVID-19, for a second year the traditionally in-person competition transpired online, and all 59 student competitors were able to participate from their homes.

“I know that I personally learned a lot from this competition which is why I would certainly recommend others participate if they get a chance to,” explained Steven G. “With that, we’ll see you again next year, hopefully with the same people, and likely with a new name!”

During CyberTitan III, Steven and his team 404: Team_not_found won third place. After the competition last year, the team was thinking about its name following an HTTP status code: 418 was a joke that stuck and means “I’m a Teapot,” hence the new team’s name was formed.

The theme for the CyberTitan IV National Finals was “The Grain Must Flow!” Students competed to keep Canada’s grain exports moving safely in a cyberattack scenario that threatens to freeze rail movements and grain exports nationwide. The CyberTitan Competition Development Team at Octopi Managed Services Inc., with support from Field Effect and Loudmouth Security, created the simulation for the finals, based on real-world financial cybersecurity demands identified by incident-response provider Cyjax Ltd.

“Canada’s digital future depends on engagement and support of programs such as ICTC’s CyberTitan,” said Ian Thorton-Trump, Chief Technology Officer Octopi Managed Services Inc. and CyberTitan’s Competition Chief. “This year’s competition featured a real-life cyber . Congratulations to all the teams who dug in, showed creativity and professionalism in the diabolical scenario, and ‘Made the Grain Flow.’”

The CyberTitan team at ICTC is extremely happy with the virtual event and very proud of the professionalism shown by all student during the competition and accompanying events. All teams should be pleased and proud of their accomplishments this year, no matter how they ranked in the standings. It was anyone’s game.

Praising the winners of CyberTitan IV on behalf of ICTC, President & CEO Namir Anani said: “Our sincere congratulations to the Teapot team for clinching the CyberTitan IV National Championship title amongst fierce competition! This contest started a year ago with teams from across Canada, culminating into 10 top teams, including two all-female teams, competing for the national title over the last three days. We are also happy to have the Cadet exhibition team join in. We are immensely proud of the CyberTitan program and all the valued support from our sponsors and partners. This is a grassroots initiative that prepares Canada’s diverse youth for careers in cybersecurity, a critical component for enabling cyber resiliency in an increasingly hyperconnected global economy.”

Registration for CyberTitan V is already underway. For more information, please visit www.cybertitan.ca. From now until July 1, 2021, teams that register will receive at 20% discount. Registration continues until October 5, 2021. Team member finalization and payments aren’t due until November 15. Register Today!

ICTC is a not-for-profit, national centre of expertise for strengthening Canada’s digital advantage in a global economy. Through trusted research, practical policy advice, and creative capacity-building programs, ICTC fosters globally competitive Canadian industries enabled by innovative and diverse digital talent. In partnership with a vast network of industry leaders, academic partners, and policymakers from across Canada, ICTC has empowered a robust and inclusive digital economy for over 25 years.

For media interviews with any of the top 11 team spokespeople and/or coaches, please contact Sheena Bolton, ICTC’s CyberTitan Lead, at 613-237-8551 ext. 154 or [email protected] 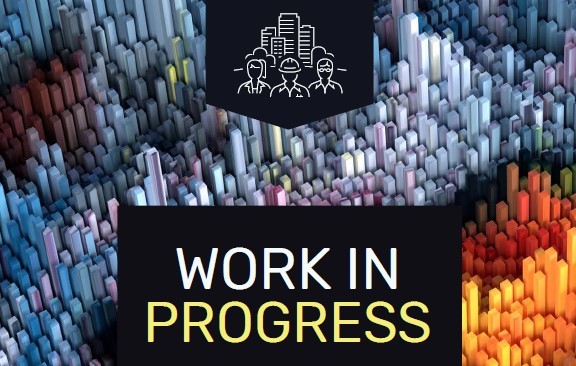