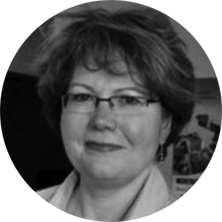 Corinne first joined Immigration, Refugees and Citizenship Canada (IRCC) 9 years ago as the Director General of the Foreign Credentials Referral Office (FCRO). She has served as the Director General for Settlement and Integration Policy Branch with IRCC since January 2013, a role that has expanded her connections to settlement partners across Canada.

Between October 2007 and December 2008, Corinne was the Director General of the Labour Market Integration Directorate at HRSDC, responsible for the work of the Foreign Credential Recognition Program, Labour Mobility, the Going to Canada Immigration Portal, and the Skills and Labour Market Information Division (National Occupational Classification system, occupational information and Essential Skills research).

Corinne grew up in northern Saskatchewan and now makes her home in Ottawa, Ontario, with her two children.