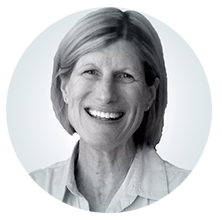 Jane Tallim is Co-Executive Director of MediaSmarts (previously Media Awareness Network) Canada’s centre for digital and media literacy. A former secondary teacher and internationally recognized expert in issues relating to media and youth, Jane has been involved since 2000 in MediaSmarts’ ongoing research on young people’s use of and attitudes towards new media — Young Canadians in a Wired World — and has developed award-winning resources to help young people develop digital literacy skills and competencies.

Jane is passionate about ensuring that today’s youth are able to live, learn and thrive as citizens and workers in a digital world. A strong advocate for child and youth mental health, Jane has mentored a youth-based network for de-stigmatizing mental illness and has chaired the board of directors for an Ottawa-based eating disorder support centre. Jane also sits on the National Advisory Committee for the Prime Minister’s Awards for Teaching Excellence.