By Paul Stastny7 April 2021 No Comments 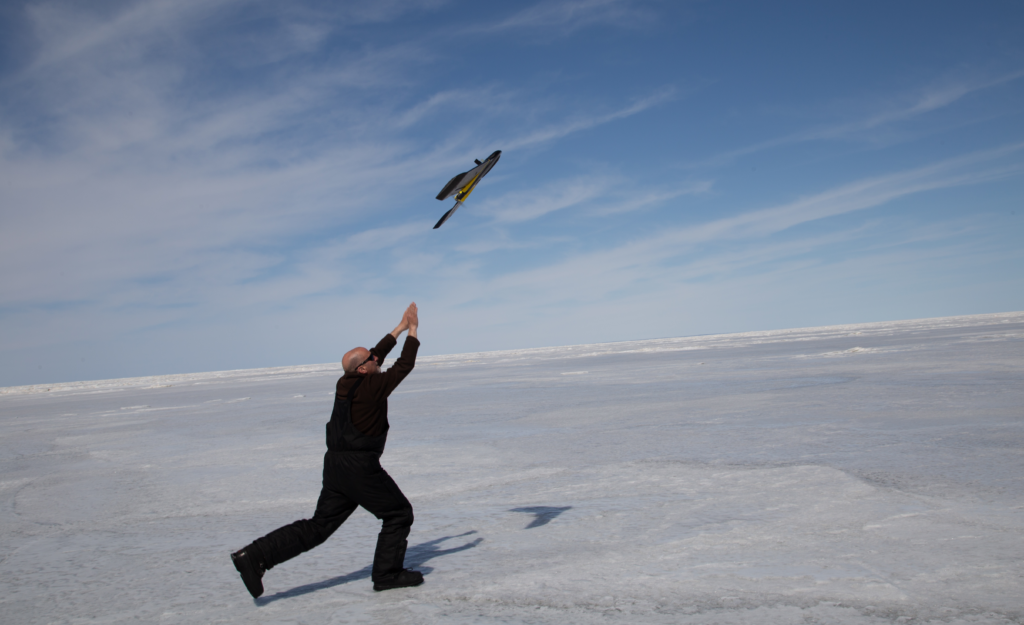 Manitoba has a lot of water and in the winter when it freezes, people who venture out onto the ice can run into trouble, especially in shoulder seasons. Loss of personal property and loss of life are an unfortunate reality for people around ice in temperate areas all around the world.

An avid angler and snowmobiler, Dr. Paul Cooley has been around Lake Winnipeg all his life and has a deep respect for its winter hazards. As a scientist, he deals with radar imagery, which happens to be well suited for distinguishing between land, water, and ice. So in 2017, he took an idea he’d been considering for years for improving ice safety and launched NextGen Environmental Research Inc.

“To me this business is the intersection of my professional life, my personal interests, and the technologies that I’ve used in my academic pursuits,” says the Winnipeg-based NextGen president.

With climate change making ice hazards even more unpredictable, the support Cooley needed to get his company up and running came quickly.

“My first proposal was sent to the Canadian Space Agency in 2017. It was an unsolicited proposal that received funding within five months,” he says.

Out of that collaboration came NextGen’s current product-service that uses radar satellites to reduce lake-ice hazards. Drones play a validation role in this research by mapping specific or suspect areas of ice for detailed study as the satellite passes overhead and collects data on the specified areas.

“We’re a software-as-a-subscription service,” Cooley says of NextGen’s business model. “People sign up seasonally for access to radar images that we publish.”

NextGen has also started work with First Nations through First Nation Adapt, a federal program that helps these communities asses and respond to climate change impacts on infrastructure and emergency management.

“We’re working with three First Nations communities in Manitoba and the Center for Indigenous Environmental Resources. “We aim to reach out to many more communities of need” Cooley says.

In September 2020, when Cooley connected with Red River College’s Ace Project Space (an interactive workspace), he got to work with students Michael Huff and Omar Ducut (Programming and AI) on developing NextGen’s digital platform that automatically downloads satellite imagery on a schedule. The team made great progress and Cooley wanted to continue that momentum into 2021, so he connected with ICTC’s WIL Digital and brought them onboard through the wage-subsidy program.

“These two students already had four months of history with us and understood what we were doing so I wanted to find a way to have them continue that work part-time while they completed their studies this spring,” Cooley explains.

The programming that Huff and Ducut are doing will help NextGen distribute satellite imagery in near real time and eventually leverage cloud resources to process the data.

“[WIL Digital] is a perfect fit for us,” Cooley says of the program’s 75% wage subsidy at the time. “For us, this really helped balance the fact they are full-time students and [their NextGen] work is not their main course. Still, hiring two part-time WIL students helped us carry significant momentum during their term.”

Cooley notes that the WIL placements were also instrumental in laying the groundwork for NextGen’s first full-time staff member hire, which will involve onboarding one of the two WIL students this May.

“By the time that position begins, we will already have eight months of track record working together, Colley notes. “So not a lot of guess work there—even in the age of remote employment and video conferencing.”